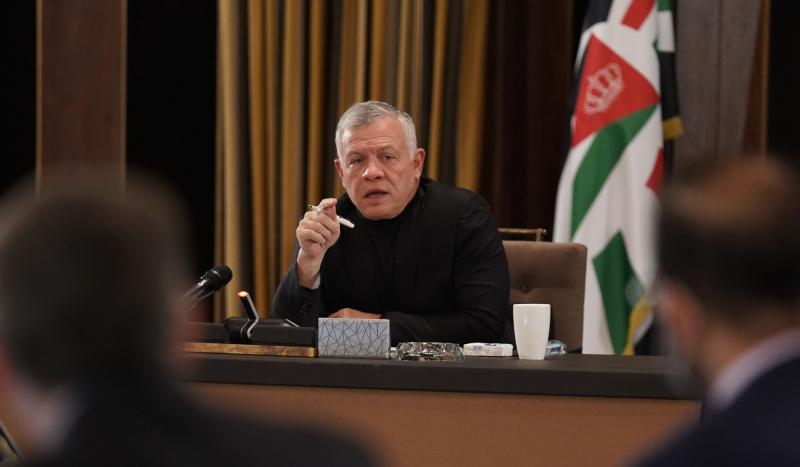 His Majesty King Abdullah on Wednesday directed the government to devise a long-term water strategy to address the challenges facing Jordan in this sector, with a clear vision.

During the meeting, attended by His Royal Highness Prince Feisal bin Al Hussein, adviser to His Majesty and NPC chairperson, His Majesty said identifying the amount of wasted water and addressing this issue should be part of the overall strategy.

The King urged action to treat and reuse water in agriculture and industry, noting the opportunity of utilising available international funding to counter the impact of climate change on the water sector.

The minister also provided a briefing on rainfall levels over the past decades and the ministry’s plan to address violations targeting water resources.

The meeting also covered the joint security plan to address attacks on water resources, including removing violations that limit consumers’ supply of drinking water and impact water collection in dams.

The ministry will also divert water from the King Abdullah Canal to the northern region, before conveying it to Amman, according to the minister.