His Majesty King Abdullah on Tuesday discussed regional developments and Jordan’s strategic relations with the US at meetings in Washington, DC, with chairs and members of Congress committees.

Talks at the meetings, part of which was attended by Her Majesty Queen Rania, also covered the Kingdom’s role in dealing with the crises in the region and anti-terrorism efforts from a holistic approach.

King Abdullah met with Senate leaders and the heads and members of the Senate’s Appropriations Committee and its Armed Services Committee.

His Majesty also held talks with the chairpersons and members of the US House of Representatives’ foreign affairs and armed services committees, in addition to its subcommittee on state, foreign operations and related programmes.

Talks addressed developments such as the Middle East peace process, the Syrian crisis and the situation in Iraq.

The King warned that moving the US embassy to Jerusalem will have regional consequences that will diminish the opportunity for peace and reaching the two-state solution. It may also weaken the chances for a successful war on terror, His Majesty added.

Relocating the embassy from Tel Aviv will have a negative impact on the region’s security and stability, the king continued, citing Jerusalem’s key importance for Arab and Muslim peoples.

King Abdullah said that such a move will feed into the anger and despair among Arabs and Muslims, enabling extremists to further spread their dark ideologies and agendas.

In this regard, the King stressed that there is no alternative to the two-state solution, which guarantees justice, freedom and stability, highlighting the importance of avoiding measures that may undermine opportunities to resume the peace process.

On the Syrian crisis, His Majesty called for sustaining the ceasefire in the country and for fighting terrorism, which, the King said, represents the ideal solution to protect Syrians and ensure for them security all over Syria.

His Majesty stressed the significance of the unity and stability of Syria and Iraq, as well as the need to work out inclusive political solutions to curb the threat of sectarian division.

The King and the members of Congress also reviewed the latest developments in Iraq, highlighting the need to achieve national conciliation involving all components of the Iraqi society.

In this regard, His Majesty said that supporting the Iraqi national concord is a Jordanian higher interest.

The King also called for global cooperation in the war against terrorism, which, he said, threatens the entire world, underlining the importance of assessing the repercussions of some policies, so as to prevent extremists from having a tighter foothold and isolating Islamic communities in the West.

His Majesty praised the role of the US government and Congress in providing economic and military assistance to the Kingdom.

For their part, the heads and members of committees expressed their appreciation of His Majesty’s vision and policy on various regional and international challenges, as well as Jordan’s key role in efforts to bring about peace and stability in the Middle East.

In an interview with the Jordan News Agency, Petra, the chair of the US House’s Foreign Affairs Committee, Ed Royce (R-California), said the King’s vision on various issues is important for the US and for US Congress members.

Royce cited His Majesty’s excellent relations with several nations around the world and his ability to offer advice on what needs to be done to achieve stability and economic growth in the region.

The US Congress, he added, highly values the King’s views on these issues.

Over the years, the lawmaker said, King Abdullah has provided advice on how to deal with the Syrian crisis, but the international community failed to heed that advice.

Now, the King is working once again to galvanise international efforts to take the necessary steps to deal with the Syrian refugee crisis and bolster chances of ending conflict in the region, Royce added.

The US representative commended His Majesty’s efforts to urge the US and the world to find solutions to crises and conflicts in the Middle East.

The head of the House’s Foreign Affairs Subcommittee on the Middle East and North Africa, Ileana Ros-Lehtinen (R-Florida), said that the King represents “the voice of reason”, welcoming his deep insight into the region and the various challenges pressuring Jordan.

She thanked the King for the support Jordan offers to refugees, stressing the importance of the long-standing US-Jordanian ties.

For his part, Eliot Engel (D-New York), who is also a member of the US House’s Foreign Affairs Committee, affirmed that members of the congressional panel respect His Majesty, stressing the positivity in US-Jordanian ties due to the King’s leadership and his role as “a man of peace”.

He said that when he feels frustrated on what is going on in the Middle East, and hears His Majesty, it is like “breathing fresh air”, and he comes to the conclusion that there are leaders in the Middle East who can lead the region to peace.

He added that the friendship between the US and Jordan is deep-rooted, and members of the committee believe that Jordan is a partner in peace-making, and that His Majesty plays a key role towards this end.

Regarding the repercussions Jordan is facing as a result of the refugee crisis and the US role in helping in this regard, Engel expressed appreciation for the Kingdom’s efforts in shouldering this burden, adding that Washington would continue helping Jordan so that it is not left alone.

Jordan should not be punished for doing its part as a good neighbour and an effective partner that understands the magnitude and dimensions of the problem, the lawmaker added.

Kay Granger (R-Texas), chairwoman of State and Foreign Operations Appropriations Subcommittee, said that the meeting with King Abdullah was important and the relations between the US and Jordan have a special nature and importance.

King Abdullah’s visions and views are always helpful when it comes to US relations with the Middle East, especially in light of the various changes in the region, she said.

The congresswoman described the Kingdom as peace protector in the region. His Majesty does not only speak about Jordan’s issues, as he defends all regional causes and seeks peace and stability in the entire Middle East, Granger noted.

She also stressed that the US support to Jordan is very essential, referring to a memorandum of understanding that governs the US financial support for the Kingdom, adding that this support is not only important to Jordan but to the US as well, because Jordan serves not only its interests but also those of the region and the world community. 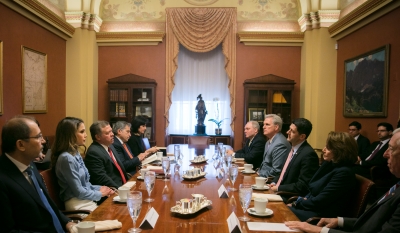 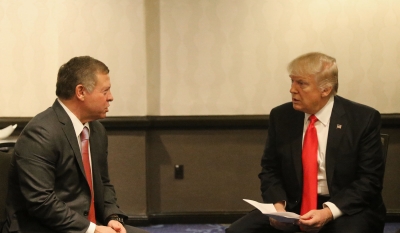 King returns after working visit to US His Majesty King Abdullah II begins a working visit to the US, learn more 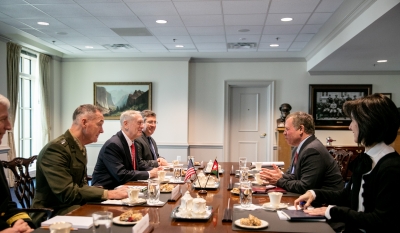 King meets US secretaries of defence and homeland security 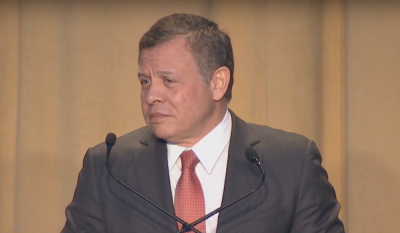